Menu
Meet The Platforms Pushing the Limits of NFTs 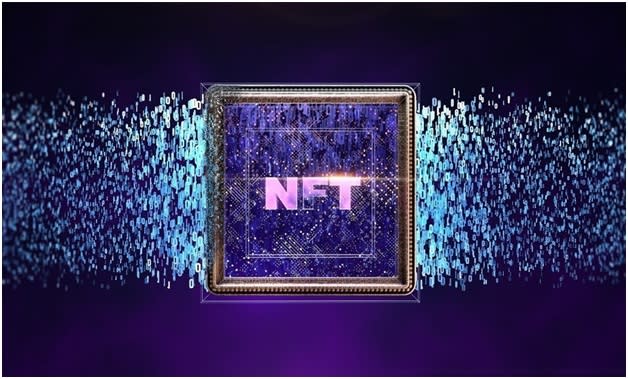 Although non-fungible tokens (NFTs) are by no means a new feature of the blockchain arena, their explosive popularity over the last year has laid the groundwork for the exploration of numerous new applications.

While easy to look at their broadening adoption as a sign that the concept has taken hold, much of NFTs’ future potential lies ahead of us, and not behind, especially as platforms take innovative approaches to improve accessibility and build stronger communities of creators.

Luis Aureliano, a macroeconomics analyst with a 15-year track record in the financial services industry believes that this is just the tipping point for a wave of innovation to materialize in the nascent space.

According to Luis, “The current art auction trend has brought NFTs to the forefront of the industry’s outward-facing evangelism, but this is just merely a taste of the concept’s overall potential. As the key industry players start looking beyond the speculative influence that has driven NFT popularity to this point, intriguing new use cases are unfolding that will ultimately drive more widespread adoption of this novel new direction for digital tokens.”

He goes on to highlight the properties that make this value proposition so strong, especially for creatives seeking new outlets for sharing their works.

“Just like all things blockchain, we have only scratched the surface when it comes to realizing NFTs’ outstanding potential. Just like decentralized ledger technology helped inspire the latest leg of the fintech revolution, NFTs are leveraging many of the same ideologies in the areas of creativity, such as inclusivity, fractionalization, and most importantly, strong ownership properties that improve the value chain for creators instead of rewarding publishers.”

For a closer look at the forward-thinking NFT projects that Luis believes will play a key role in unlocking the ecosystem’s intrinsic value and push the limits of possibility, read on.

Sometimes, revolutionizing an industry is as simple as making it accessible to the masses — helping to bring more talent, resources, and interest to the space.

This is exactly what Spores does, with a diverse suite of NFT-DeFi products and tools NFT creators, speculators, and enthusiasts can use to maximize their success in the NFT space. This includes a powerful batch minting and transfers feature creators can use to minimize the costs involved in minting NFTs and transferring them, as well as powerful royalty sharing capabilities — allowing NFT creators to gain a percent of each subsequent sale of any of their creations.

But arguably one of Spores’ most powerful capabilities is its NFT fractionalization feature, which can be used to break an NFT into discrete chunks which can be held by different individuals — thereby allowing for secure shared NFT ownership. These chunks can then be used throughout the broader DeFi ecosystem, helping users unlock the utility value of their NFTs while known down a major barrier to entry.

Though Spores is targeting the majority of its efforts in the Asia-pacific region, it is quickly becoming recognized worldwide as an attractive platform for both aspiring and established creators — largely due to its powerful cross-chain and DeFi capabilities.

The platform is still somewhat in its early stages of development, but is set to launch the public beta of its NFT marketplace in Q3 2021 — along with the first set of NFT-DeFi features.

You may already know Metis as the platform that allows anybody to quickly and easily launch their own decentralized company — allowing builders and innovators to organize themselves over the blockchain using a DAO-type structure.

But what you might not know, is that MetisDAO is also making great strides in the NFT space, and recently pioneered an entirely new way of launching NFTs — which it terms “community-minted NFTs”.

The way it works is simple. As part of its “Rebuilding the Tower of Babel” event, MetisDAO enabled users to sign up to an exclusive airdrop, where they got the opportunity to unlock a mystery box containing rewards — including keys that represent mining power.

Following the airdrop, a community NFT-minting event occurred, leading to the creation of an NFT artwork known as “Rebuilding the Tower of Babel”. The work consisted of 256 puzzle pieces, each representing a different Tribe within MetisDAO. Each chunk could then be claimed by the creator of each tribe, gradually building up and revealing the full work of art.

“We’re excited to watch the rebuilding of the Tower of Babel and show just how much power communities can have when they band together,” said Metis CEO and co-founder Elena Sinelnikova.

As a community-minted NFT, “Rebuilding the Tower of Babel” will represent the first truly collaborative work of art, potentially setting the tone for things to come in the DeFi space.

Odds are, you’ve come across a digital collectibles game or two during your time in the crypto sphere. Ranging from Gods Unchained, to Cryptokitties, and everything in-between, blockchain-based games have often been considered one of the quickest paths toward mass adoption — by blending the desirability of games with the utility of crypto.

But until only recently, though numerous crypto games supported NFT-based assets, their functionality in these games was largely trivial.

My Neighbor Alice, on the other hand, might be set to change that by introducing a range of NFT-based in-game assets. These include a range of aesthetic items, in-game characters, houses, and even entire plots of land. Each of these are truly owned by the player, and can be bought, sold, and traded on any marketplace that supports Binance Smart Chain-based NFTs — such as Treasureland.

Although the concept of truly owned in-game assets isn’t new among crypto games, My Neighbor Alice is uncommon in the sheer range of in-game assets that are player owned and tradeable. The game also features an AAA-grade budget and is set to be launched on the Steam store in July 2021 as an early access title, helping to expose NFTs to a potentially massive audience.

A Renaissance of Provenance